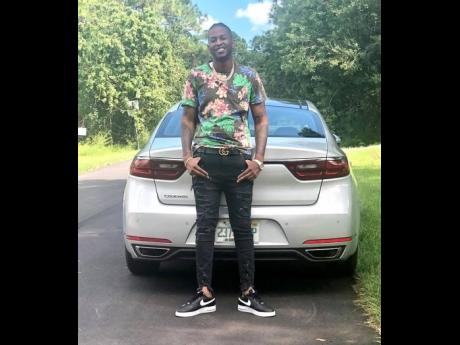 Dancehall artiste Ricky Carty is banking on the release of his 10-song EP, Checkmate, which will be released on the Splice Media Entertainment label in December.

"This will be my first major project, and I am pleased that I was finally able to pull it together. I am the executive producer for the EP. It is better to be independent, so that I have control over my career, my music, my merchandising and my streaming; so this is a full, independently released project," Ricky Carty said.

Some of the singles include the previously released Top Dog, as well as Money Talks and Double Up. He plans to use Double Up, which was released on October 10, to drive sales of the project.

"The feedback has been great so far and I am gearing up to do a Double Up challenge, where participants can post two pics of themselves, one plain and the other dressed up, and play the song in the background and then post to my page," he said.

The EP marks a return for the controversial artiste, who was heavily criticised in 2014 for the single Gyal Tek It, considered one of the most explicit music videos ever made in dancehall.

Raised in Duhaney Park, St Andrew, Ricky Carty attended Ardenne High School. At age 12, he demonstrated his interest in music by establishing a group with his cousins known as Triple C, but they broke up when he moved to the US to live with his father to further his educational career.

After four months in college, where he majored in business, Ricky Carty dropped out and returned to Jamaica at age 20 to jump-start his musical career.