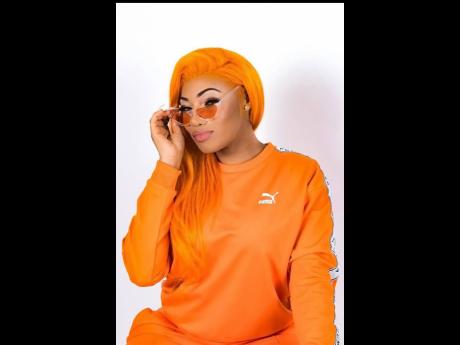 British-Jamaican recording artiste Lisa Mercedez has been making moves in the dancehall industry since 2005 when she was introduced by Stylo G.

Since then, she has steadily been building her catalogue with the hopes of establishing herself as a force among the current competitive crop of female dancehall artistes.

Still riding high off an exclusive feature on Vybz Kartel's album, Of Dons and Divas, Lisa Mercedez is getting ready to drop her debut EP.

Speaking with THE STAR, she said that she believes she is now at a place in her career where she feels she can make the biggest impact.

"I feel that I've evolved a lot over the years. I think my journey from Jamaica, adapting to British culture has had a huge influence on my artistic expression and how I have developed. I have a lot more confidence in myself and my abilities. I am a lot more focused and hard-working and I am dedicated to getting the best results with anything I try at," she said. "As an artiste, you always grow. That's what any type of 'art' is about. I believe in constantly trying to perfect my craft and pushing myself beyond boundaries. I have become more thick-skinned and I'm at a place now where I don't let the naysayers, the doubters get the best of me. Instead, I let them motivate me and that's how I know I'm ready to take my place in this industry."

Mercedez says she understands that her association with Kartel has caused many to doubt her talent.

"It has been a blessing to be able to work with a legendary artiste like Vybz Kartel. He has always inspired my music and it's great to have his support but we got introduced through our musical connections," she said. "I have been doing music for a long time and it is my talent that enabled me to work with the greats like Kartel. So people can say what they want about how I got to where I am, I know the truth and so the chatter doesn't faze me one bit."

The entertainer said that her EP, Drama Free, will be "special".

"There's six tracks on it and I've got featured artistes such as Vybz Kartel, Ninja Man and UK-based artistes such as Nadia Rose and Culan. I also have a female artiste from the Netherlands on it called Iamayisha and so it's going to be something diverse and special," she said. "This project means everything to me because it's my first time putting together a body of work like this and I feel like it will settle a lot of the chatter going on about me."

Mercedez is also currently promoting her latest single Bumpa which she says is a catchy ladies' track that could become an anthem.