Strong support for Beenie Man at mother’s funeral - ... but no word on dancehall legend’s health after fainting 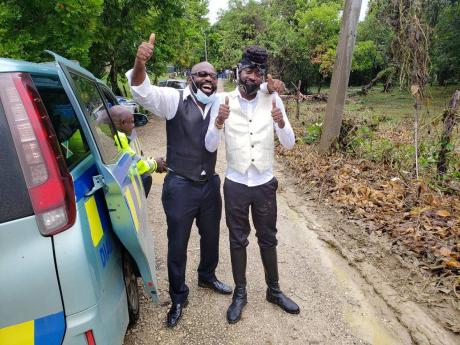 Richie Stephens (left) and Beenie Man at the funeral in St Elizabeth on Sunday for Lilieth Sewell, Beenie Man’s mother. 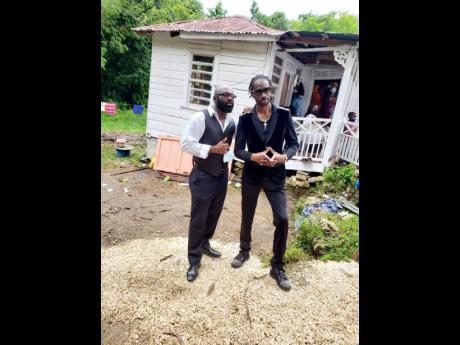 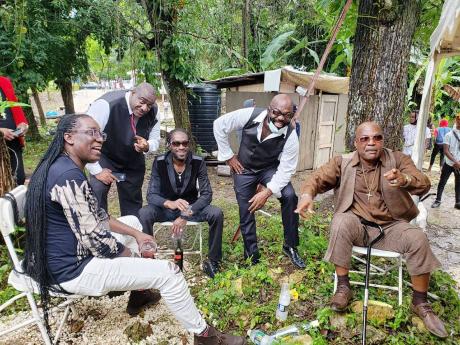 Singer Richie Stephens was one of several artistes who drove from Kingston to St Elizabeth to support their colleague, Beenie Man, who laid his mother Lilieth Sewell to rest on Sunday.

While he saw two other family members "drop down" as they were overcome with grief, Stephens did not witness Beenie Man's fainting spell, because he left just before the casket was lowered into the grave.

"From we reach, we could see that Beenie Man was out of it. But ever since my son Copper Cat died, I cannot bear to see that part of the burial, it affect me differently. So that was my cue to leave," Stephens shared.

Social media has been awash with the video of Beenie Man collapsing, and being carried away by four men. Some outlets have even stated that he was hospitalised.

However, there has been a wall of silence from Beenie Man's closest confidantes and conflicting reports. They have not posted anything on social media nor have they responded to calls and queries. Fans have been sending prayers for Beenie Man's speedy recovery, and also pointed out that the number of persons seen in the video clips far exceeded what is allowed by law under the government's COVID-19 regulations.

Stephens told THE STAR, however, that he and his friends wore their masks and that many people present also did. He was happy at the show of unity from members of the entertainment fraternity, as artistes such as Bounty Killer, Josey Wales, Arthur Wale, Admiral Bailey and Ruff Kutt drummer Ricardo Davis all felt that they had to be there, rain or shine.

"It was a beautiful thing for all of us to turn up to support a friend during his time of bereavement," Stephens told THE STAR. "I heard the date and called Drummy (Davis) and told him that we had to be at Moses' mother funeral. Him agree immediately. Sunday morning Drummy call me before I could call him and we decided that since it looked as if it was going to rain, we would leave out early and tek we time drive down."

On their way, they called Bounty's manager, Paul 'Bankey' Giscombe, who told them that he and Bounty were also making the trek to St Elizabeth.

"They reached the venue a few minutes before us and it was clear that Beenie Man was happy to see us," Stephens said. He said the importance of Bounty's presence was evident.

"I hear Bounty seh a ting and it resound. Bounty seh that during the time him and Beenie at war, his mother died and Beenie was at the nine night and the funeral. He said a lot of his friends were not there. When his father died, it was the same thing, and that made him realise that Beenie Man was a different youth and he was real," Stephens said.