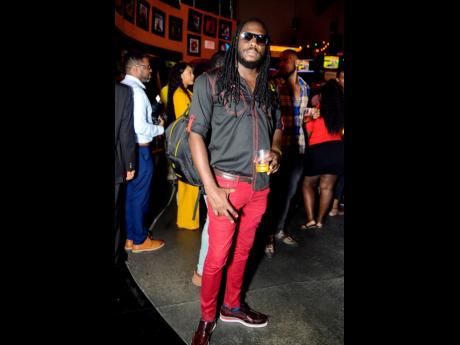 Word about the N o Music, No Vote and Stop Fight Events campaigns is without doubt getting around, but while it has been receiving support from local and international professionals, there are some who still believe that before anything can be done to address to matter at hand, the industry needs to be unified.

"As far as I am concerned there is no movement," senior producer at Downsound Entertainment Cordell 'Skatta' Burrell told THE STAR.

"We in Jamaica have never really stood up for anything, and what is taking place in the music industry is a perfect example of how divided and how disorganised we are."

The flames of the No Music, No Vote and Stop Fight Events campaigns began to spark last week after authorities began clamping down on events that were in breach of the Noise Abatement Act. Some event promoters have proposed having meetings with senior police officials to safeguard their investments. Skatta, however, appears convinced that the movements are like bamboo fires.

"This thing will die down...it will be a nine-day talk if we the players in the industry don't reach out to each other before the Government, or try to call on Andrew Holness, or to meet with any police. We have to learn to be unified amongst ourselves. And we are all hypocrites, bad-minded crabs in the barrel who refuse to put our pride and ego aside to go and work for the benefit of one goal, and that is for the culture and music that has fed us all."

Skatta told THE STAR last night that every player in the industry needs to acknowledge the onus is on them to make the change before they can pressure the Government into changing the law.

Successive administrations have resisted calls to amend the Noise Abatement Act, pointing out that noise from events are likely to impact persons ability to rest in their homes at night. That reality is not lost on Skatta.

"We understand the need for balance and an environment of discipline has to be created. This is not a free for all industry, and partygoers have to understand that as well. No one wants to be trying to get some sleep but cannot because music is pounding in their ears," he reasoned.

He said stakeholders should urgently come to the table to have discussions on the matter of the Noise Abatement Act with a view to finding a meaningful solution.