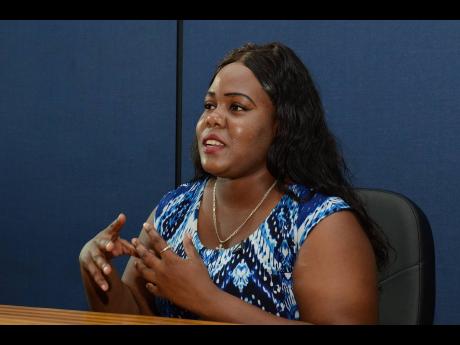 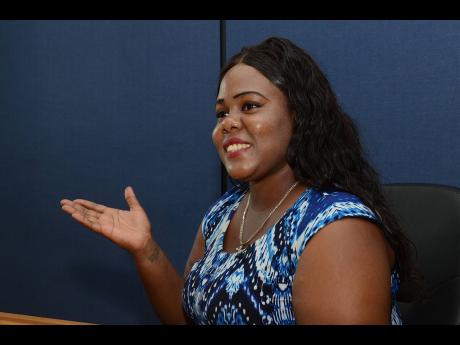 Camelia Bartley says she has been living with HIV since 2014. She is embarking on a music career in the hope that she can help fight stigma and discrimination that is directed towards people with the illness. 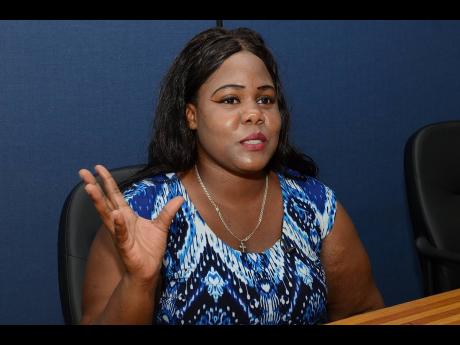 Camelia Bartley’s current single, In the Mood, does not advocate for women living with HIV but she intends to add singles of that nature to her catalogue in the future.
1
2
3

Many persons living with HIV prefer to keep their status a secret, but shortly after Sunshine City's Camelia Bartley was diagnosed, word spread throughout her community like wildfire.

"I was diagnosed in February 2014, and by May that year it was no longer a secret. It happened after I was telling my mother, someone overheard and from there I guess you can say news travels fast. It affected me in a big way, I was a little down-hearted and for everybody to find out it rocked my spirit even more. Still, I am a strong believer in God and I think maybe he chose me for some reason with this disease to make a change," Bartley told THE WEEKEND STAR.

She continued: "I don't mind disclosing that I am HIV positive because I am trying to burst on to the scene of stardom; I never saw myself to be a star, but since it got out, I started getting all the fame, everybody in Portmore just knows me, and I don't know how but God kept me this long, so I am showing people you can push through, persevere and live."

The 27-year-old aspiring artiste, who goes by the nickname Charma Karma, is hoping to use her music to break the stigma of discrimination against people living with HIV/AIDS.

Bartley said that she frequents the familiar 'Back Road' and has built a clientele that calls for her services, many of whom are not aware of her status.

"I never really talked about my status with them, some of them are persons who know me, but I don't actually disclose it. I use condoms so it shouldn't be a big matter for them," she said.

Bartley, however, is not proud of where she is now.

"I am tired of the whole prostitution thing and I want to make a change by time my daughters reach a certain age they don't see me involved in this (type of) activity and be more independent."

Venturing into the music business may accompany criticism, but Bartley said she is prepared and hopes the public will gravitate to her sound which fuses dancehall and American genres.

"My music targets the dancehall because I believe the stigma is mostly in the dancehall; you hear them bashing girls and in certain songs you just know they talking about females with the disease."

She wants to collaborate with Portmore's dancehall majors, Vybz Kartel and Spice, as well as the 'vendetta boss' Alkaline.

"I never reached out to any reggae or dancehall entertainers, but would grab at the opportunity to record with them. The closest I have been to performing is my attempt at entering Rising Stars a few years ago, but I want to perform on Jamaica's top stage shows like Reggae Sumfest and even Rebel Salute even though it is more geared to the Rastafarian community," she said.

"I am just bringing me; my dancehall music is not as raunchy or raw as Spice, it's on the educative side with a sexy flow and a lot of feminine power."

Her current single, In the Mood, does not advocate for women living with HIV but she intends to add singles of that nature to her catalogue in the future.

"For now I am doing dancehall to show people I am still a regular female. How far I get depends on if people are receptive to me and once the public at large accepts me it will overshadow the stigma, then the whole entertainment industry will do so and the bookings will come," she said.

If her aim to become an entertainer fails, Bartley says she would return to school to complete her nursing courses.