Safaree and Jahmiel pleased with ‘No Regular Girl’ 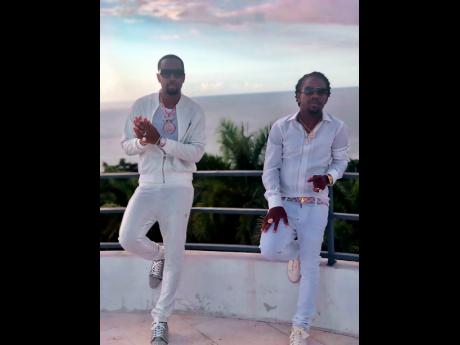 International star Safaree and reggae-dancehall entertainer Jahmiel on the set of No Regular Girl. 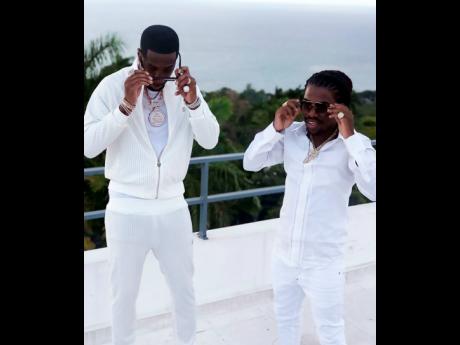 International star Safaree and reggae-dancehall entertainer Jahmiel on the set of ‘No Regular Girl’.
1
2

International recording artiste Safaree has no hang-ups about his recent collaboration with reggae-dancehall entertainer Jahmiel.

The single, No Regular Girl, debuted at the number-two position on the iTunes Top 100 Reggae Songs chart last Friday, above Koffee's Toast and Bob Marley's Three Little Birds, and is currently holding firm in the top 10 list.

The Chimney Records production has captured much traction on social media, especially with females, who are now using the song title as a hashtag in their Instagram and Facebook posts.

The feedback is not far from the Love & Hip Hop reality TV star's intentions.

"Jahmiel's voice is really amazing and distinct, and from watching the footage from a show he did in New York, I observed that he has a large female following. He was definitely the best choice to collaborate with on the track, because I also did not want to do a song or video with someone who was going to talk bare badness," Safaree told THE STAR. "As soon as people hear it and see the video, they will automatically describe it as a woman's anthem; every girl wants to say they are not no regular girl."

The video was shot by London-based director Jay Parpworth in Hanover, St James and Trelawny, and features Safaree's fiancee Erica Mena, who inspired the lyrics.

In three days, the video garnered 800,000 views and continues to trend on YouTube.

"Everything is visual now, so it was important to get the song and video out at the same time. I believe it is my best video to date because it came so naturally," Safaree said.

Jahmiel is also relishing the feedback.

"It was great working with Safaree even though we were not in the studio at the same time to record. The communication was good from start to finish, and upon meeting at the video shoot, we connected; the energy was positive and I think that's why this song is working in both our favours," Jahmiel said.

When asked about his delivery on the track and crossing into another genre, Jahmiel explains, "When it comes to music, I do not consider myself a limited artiste. For me, music is a feel, no matter the genre, and it was clear that both Safaree and I wanted to target both the international and Caribbean markets."