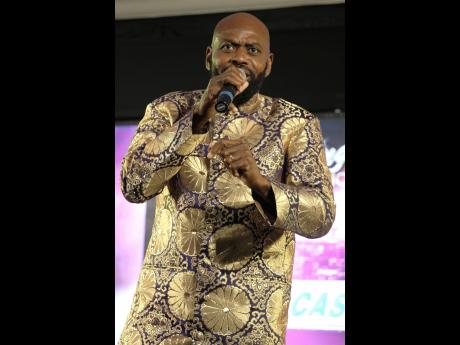 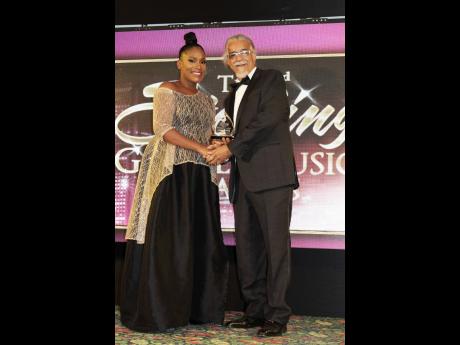 Last Saturday, the Blue Mountain Suite at The Knutsford Court Hotel in New Kingston was alight with the Sterling Gospel Music Awards (SGMA), which was dubbed a golden affair.

And for its third staging, the annual awards ceremony was hosted under the theme 'Royally Saluting Our Legends', and it also had a new category, the Legends Honour Awards. The category is aimed at highlighting the contribution of veterans that formed the foundation for the current generation of gospel recording artistes and ministers. Demonstrating its commitment to gospel music, SGMA honoured eight of the genres greatest artistes: Shirley Willis, Sandra Brooks, Carlene Davis, Joan Flemmings, Grace Thrillers, Martin's Heritage, Papa San, and Lt Stitchie.

"It was so nostalgic hearing the songs of old and seeing the responses of the guests as they sang along and vibed to the good ol' gospel songs," the director of SGMA, Basillia Barnaby-Cuff, told THE STAR following the tribute performances.

Despite the fact that most of the veterans were not present to collect their honour awards, Barnaby-Cuff was satisfied, knowing that the tribute segment remained true to the awards maxim, 'Recognising Talent, Rewarding Excellence'.

Of those present were Dawn Martin - who was representing Martin's Heritage - Carlene Davis, and Lt Stitchie, who was also the closing act for the night.

First-time nominee and winner of the EP of the Year award for The Higher Calling, Jim Radical, was one of the gospel entertainers to show his command of the powerful lyrics of two legends. He performed Smile Again by Papa San and One Blood by Lt Stitchie as part of the tribute segment.

Tommy Cowan, one of the SGMA's awardees, told THE STAR that he is happy that persons are being rewarded for their hard work.

"I think it is good when we, who are in the gospel industry, are able to honour the people who have been working selflessly in the vineyards. I am pleased with the turnout as well, because it also shows the vast amount of respect persons have for the event and its purpose," he said.

The pioneer in the realm of gospel events and management was rewarded with the Sterling Award for Excellence for the many roles he has played for more than 20 years in the industry. He also collected the award for Event of the Year for Fun in the Son.