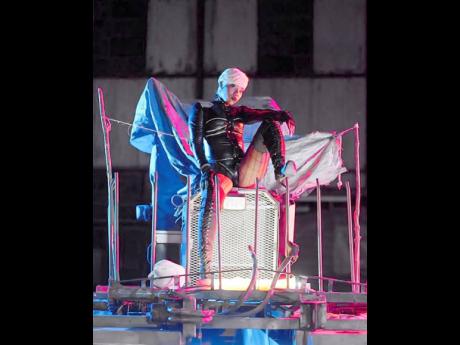 It premiered on February 2 and has since received commendable reviews from within the dancehall industry.

Dakrome and Datzryte Entertainment’s goal is to be the engine that exudes potent creativity, and Sheba the Diva (formerly of Gaza Empire), the entertainer whose vocals lead the track, only add a fuel only hardcore music listeners can appreciate.

“I was running through my mind some of the sexy-sounding artistes in the dancehall and that’s how the whole project came together,” said Dakrome, the producer renowned for producing music for some of the genre’s hardcore male entertainers, including Masicka’s Squeeze and Tommy Lee’s 40 Ball.

“It was me just flirting around with the keyboard, finding some sounds that I thought were sexy,” he continued.

Its crossover appeal delves into the world of R&B, creating a new generation of dancehall music that is aptly coined dancehall-soul.

The producer describes the single as the ultimate bedroom song for 2019.

Recorded in late 2018, Sheba enthuses that her inspiration for the song was birthed by a male friend “who is totally obsessed with the idea of me dominating him … because it’s kinda my thing.”

The official music video, released on Friday, March 8, was shot in an old warehouse in Salt River, Clarendon, by Promaxx.

It features Sheba wearing a black leatherette bodysuit and stocking, wielding a whip while her male model is handcuffed inside the rustic building.