Yanah showing her many musical sides 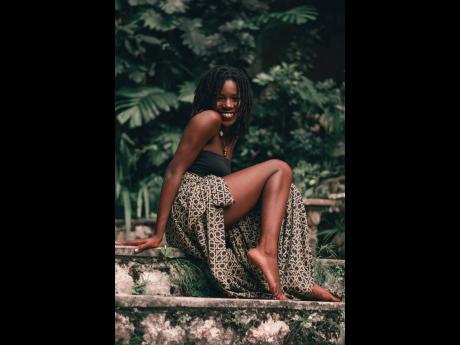 The last staging of Live From Kingston served as a monumental event in the career of Yanah, who is primarily labelled as a reggae-fusion artiste.

The live concert, which boasted an all-female line-up, was one of the biggest platforms on which Yanah has performed.

“It was a chance to shed more light on Yanah; it introduced me to a wider audience, especially persons that have never heard about me, including persons from as far as the United Kingdom. There is nothing more great than to be discovered, rather than fall on the same ears or no ears at all,” Yanah told THE STAR.

The 22-year-old singer/songwriter is currently in her final year at the University of the West Indies, studying international relations, and when she graduates, she says she will turn her attention to music entirely.

“There is much more discovering left to be done,” she said. “I don’t want to be associated with one genre of music, because I connect to all types of rhythms, from jazz and soul to reggae and dancehall.”

Yanah, whose given name is Hanay Lawrence, is originally from St Andrew but calls Eltham, Spanish Town, home. She is currently not signed to any record label and even though her career officially launched two years ago with the debut single, So Shy, she is in no rush to sign with anyone.

“I am satisfied with being a free agent because it is less stressful,” she said. “I am willing to stick my hands in the dirt to get to where I want to be.”

She has recently added to her music catalogue with the release of The Root, the artiste’s first song for 2019 and second song to include lyrics in patois - the first being Doe Try Me, released in 2018.

“I want people to grasp that there are many sides to me. I sing, I chant, I rap, and I can deejay as well,” she said.

She jokes that she can be called “a SoundCloud artiste”, as it was the platform she mostly used.

“Now I am preparing to have my songs on all digital platforms, instead of recording and releasing songs only for them to get slept on,” she said.