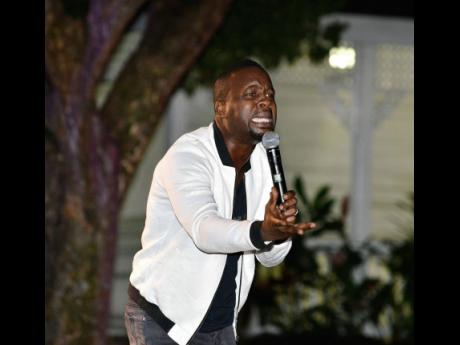 The stand-up comedy series Johnny Live Comedy Bar in the Corporate Area has found a new home at the Blue Room inside the Phoenix Theatre on Haining Road.

For the second and third seasons, the event was held at 100 Hope Road. But for the new season, the series creator, actor and comedian Christopher 'Johnny' Daley told THE STAR that he wanted to do something different.

"Change is necessary in order to facilitate the growth of the show's brand and help to unearth new talent in the comedy space. While we appreciate the involvement of 100 Hope Road over the last year, we decided to move on as their vision was not in line with ours," he said.

He said that the relationship with 100 Hope Road remains intact, and that he and his team are looking forward to negotiate with 100 Montego Bay for future events.

However, with the new venue, he expects the event to be more organised.

"We are now able to keep the show numbers at a level, manage the overall experience, and the room itself is an awesome space to interact with the audience," Daley said, while noting that the Blue Room can hold a little more than 80 seats.

The comedian is urging patrons to make reservations to avoid the inconvenience of being turned away because the auditorium is packed, whether for tonight's show, the second of the 12-week series, or in the future.

In addition to the entertainment, Daley is also promising an intimate show.

"The acts can perform on a stage that is fitting for stand-up comedy. The audience is close, and there is instant feedback. So it is a joy where the intimacy makes the comedy more potent rather than what persons are probably used to, where there was more space to rove around," he said.