Baby born with twin inside stomach in rare occurrence 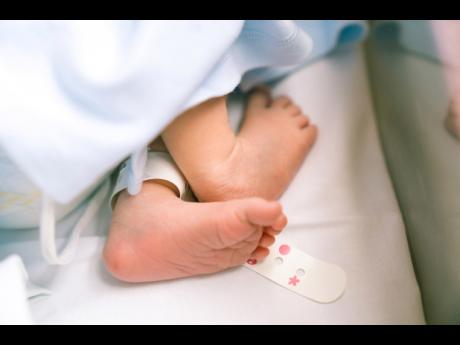 Doctors were astonished after a baby was born with a twin inside its stomach. She suffered from "fetus in fetu," an unusual condition in which an otherwise healthy baby develops an abnormal embryo inside its abdomen. (Getty Images)

A baby in Israel shocked doctors after she was born with a twin inside her stomach.

Doctors first noticed something was off after performing a late-pregnancy ultrasound on the mother, whereupon they noticed that the fetus’ stomach was enlarged.

Following the baby’s birth, medical professionals performed X-rays and other tests on the newborn, which confirmed that she indeed harboured another bun in her own oven.

Doctors diagnosed fetus in fetu — an abnormality which happens only in one in every 500,000 births.

It’s unclear what causes the embryonic rarity. However, scientists believe the prenatal plus-one is a “parasitic twin” that forms when one fetus is absorbed by another during an identical-twin pregnancy.

Fortunately, doctors were able to successfully remove the embryo, and the newborn girl is expected to make a full recovery.